We had our first league meet this past Tuesday after it was cancelled due to smoke last week. With only 4 races I thought I would have them done quickly but I had a number of other things going on this week including a regional photography conference that I had volunteered to help. 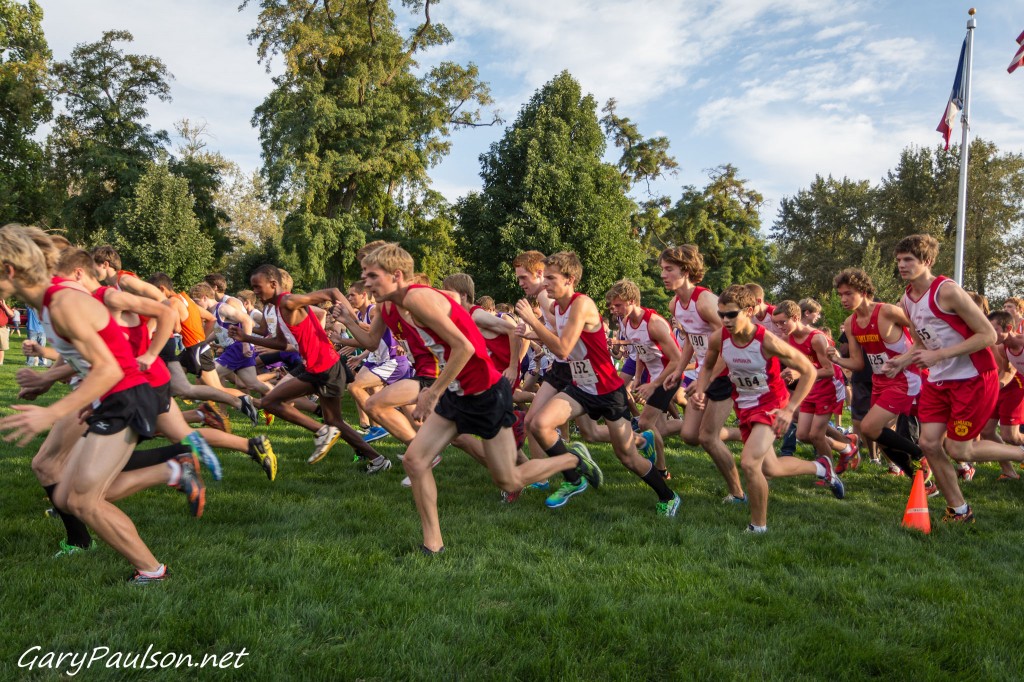 The Kamiakin boys dominated the both the Varsity and JV races. On the varsity side they placed five in the top ten, led by Ahmed Ibrahim (15:44.5) who finished half a second behind Richland’s Michael Williams (15:44.0). Nine of the top ten JV runners were wearing Kamiakin red led by sophmores Cameron Glade (16:51.9) and Jonathan Lafferty (17:03.4).

Lindsey Bradley (18:18.8) led the Richland Bomber Girls Varsity to win all their matchups with four of the top 6 runners. Kamiakin’s Megan Beauchene (18:40.5) and Walla Walla’s Courtney Cox (19:08.8) were the only runners able to keep up with the Bombrers. On the JV side, the Kamiakin Braves placed six runners in the top nine led by freshman Kaylee Sanchez (21:57.0).