Last year I saw in the Kennewick Community Education catalog that John Clement was going to teach aphotography class. A week later I decided to sign up for the class and found it was already full. When I saw the community education catalog in my email last month, I quickly checked and saw that John was going to be teaching a class, “The Secrets of Sunrise and Sunset Photography”. I did not procrastinate this time and signed up immediately.

Some of the most beautiful light for photography occurs during sunrise and sunset. Both of these times of day present their own challenges making it difficult to get just the right shot. John will discuss tools and techniques that you can use to take great pictures. He will also address how to integrate exposure, focus, and depth of field with the elements of composition while taking landscape photos. See stunning examples from John’s professional collection. This is a lecture/discussion format class with many examples! 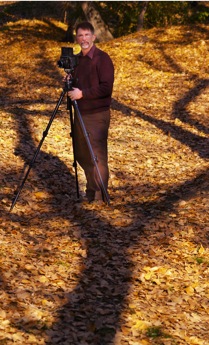 According to his website, www.johnclementgallery.com, John began his photography career in the mid-1970’s. He has received over 60 regional, national, and international awards for pictorial and commercial work. John’s photography has been exhibited in numerous galleries and art shows over the past 30 years. Four of his prints were accepted into the Washington State University Museum of Art in 1989. John has 17 murals of the Eastern Washington area installed in the Seattle Seahawk stadium and has had other corporate purchasers such as: Swedish Hospital, Battelle Research and Development, Murphey Favre Investment, Exxon Corporation, McGregor Co., Westinghouse, Lamb Weston. Dade Moeller & Associates. Presently, he has nine prints in the Professional Photographers of America permanent loan collection. One print, “Red Dawn,” was named one of the top photographs in the United States and was hung in the permanent collection of the International Hall of Fame of Photography. John co-published the books, “Palouse Country: A Land and Its People,” “The Wenatchee Valley and Its First Peoples,” and “Finding Chief Kamiakin,” with author Richard Scheuerman; John providing all the photography for the Palouse and Wenatchee regions. This past year John also released a coffee table collection of his work titled “Northwest Drylands-Seasons.”

John shared many of his secrets, including the ‘tools’ he uses to decide where and when to go to make his photos. He uses Intellicast.com to try to predict when the clouds will be forming in the sky to provide an interesting picture. When he said that a Delorme Atlas was one of his other primary tools I thought it was because he did not have a smart phone with Google Maps. But no, he showed how he makes notes in the atlas to show directions to shoot from, good locations to shoot from, and light direction. He also likes to view the state road webcams to see what weather conditions look like in an area before driving long distances.

The major lesson I took away was where to point my camera. I noticed when John was showing us how to read the weather map he seemed to be getting it backwards, when the clouds were to the west he mentioned it would be a good morning shot and when the clouds were in the east it would be a good time to go out at sunset. Usually when you go out at sunrise or sunset you would think to point the camera towards the gorgeous horizon. John uses the rising and setting sun to light the subjects of his photos rather than trying to capture the sunrise and sunset. As he explained, if you shoot into the light then everything else is in shadows or silhouetted, with your back to the sun you have gorgeous light highlighting everything.