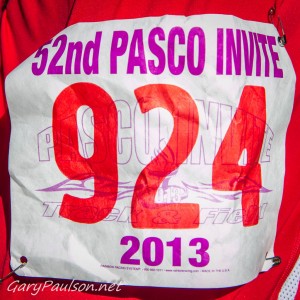 The Pasco Invite is said to be the largest single-day track meet in the country with 1400 athletes representing 100 schools in competition. I can say that it is quite an experience to try to see everything from field level. Pasco does a great job keeping things moving especially when they are alternating 100m dash & hurdle prelim races on opposite sides of the track.

Trying to get pictures of everything is impossible. I took over 4000 photos but did not get a single picture of the discus throwers or triple jump and only a few of the javelin and shot put. I also did not get too many photos of the dashes. The distance races are so much easier to capture photos of each runner and I probably show some favoritism there since that is why I started taking photos at the meets.

Congratulations to the Kamiakin Girls and the Wenatchee Boys for taking 1st place overall at the meet!

I will be processing photos all week to get up. Here are the links to the photos.